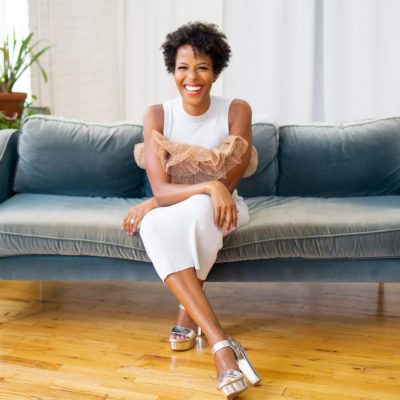 listen to the Podcast on your favorite platform 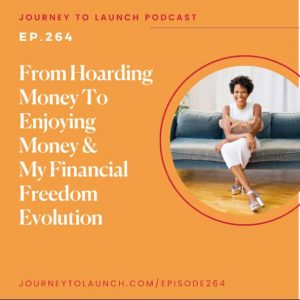 So the book is about maximizing your life enjoyment and not maximizing your wealth. And I think those two go hand in hand. I've learned this on my journey, how important it is to focus not just on hoarding money, which I feel like in the beginning I did, it was more like, let me save and invest as much as possible, but at the detriment of living life in the now. And I realized really early on that that's not what I wanted. I didn't want to just save and invest blindly. And then in the meantime, not enjoying my life.

What if there was a way for you to save 1000s of dollars so that you could spend more money on what matters to you? If you have a monthly car loan payment? Chances are you're paying too much on your vehicle loan. Auto approved can help you refinance your current car loan so that you can lower your monthly payment, get a better rate or both. Auto approved connects vehicle owners with the best available rates to refinance their current car loans with no markups ever, and even handles the DMV paperwork, making it simple to save 1000s and lower your monthly payments. Check this out in 2021 Auto approved customers save on average $1,692 per year. What would you do with that much money back in your pocket? Me? Oh, I'd probably take a solo staycation at a local hotel or hire the babysitter more for some date nights out with hubby. It's time for you to put more money back into your pocket to spend on the things that matter to you. Get more money for what matters to you the most with auto approve, find out how much you can save at auto approved comm slash journey to launch. That's a you to a pprov.com/journey to launch.

If you want the episode show notes for this episode, go to journey to launch comm or click the description of wherever you're listening to this episode. In the show notes. You'll get the transcribed version of the conversation, the links that we mentioned and so much more. Also, whether you are in OG journeyer, or brand new to the podcast, I've created a free jumpstart guide to help you on your financial freedom journey. It includes the top episodes so listen to stages to go through to reach financial freedom, resources and so much more. You can go to journey to launch calm slash jumpstart to get your guide right now.Okay, let's hop into the episode.

I want it to impact lives. And I love as a creator as a business owner. So oftentimes I get asked Jimmy, like what do you think sets journey to launch apart from maybe other podcasts? Or how do you think you've grown to where you've grown? And it's really because I not only care like I truly do care about what the content I put out, I almost care to the extent that it puts a lot of pressure on like, what I do and and I get all these like thoughts about It's not good enough. But what drives me is to create meaningful work. And it's funny because it's not just me, like I've seen other people talk about this book and how it's changed the way they view things. And I'm not, it doesn't have to be like a become a different person from reading it, I would love that too. But it's more about Wow, this made me think about something in a different way. This challenged my assumption and made me go, ah, and most importantly, it made me do something different. I actually took action. And so as a creator, as a writer, you know, as I'm writing my book, now, it's really guiding me just not this book. But any book that's impactful, a perennial seller, something that's going to last, that is what I'm thinking about. That's what is what's inspiring me as I write my own book, so I like to look at things and deconstruct them as Okay, so what made this book so impactful? Why did a lot of people who read it, or it seems to have read it, say that they're changing the way they're investing and saving, right? And that's kind of what I want to do. And so it's a tall order, like, you know, like, it's a lot to fulfill like to think you can change the world with the book. But I truly think, hopefully, if you've listened to this podcast, so you're just listening for the first time, you do find concepts, whether it's from a guest or from me, that help plant a seed that you water, and that changes your life. It's possible, it happened for me. I'm just really inspired now, to create good work, to flush out my ideas to make it in a way that it's accessible. And I'm excited about what's to come. So yes, writing my book, stay on, stay on the lookout, you know, we have a ways to go. But I'll be sharing more about that process. So I hope you enjoyed this solo episode. If you want to listen to the complete episode with Bill Perkins, who wrote the book die with zero, you can listen to episode 262. I'd love to hear your takeaways, your feedback, you know, did you read the book yet? If so, has it? Did it change anything for you? Maybe it did, maybe it didn't? And then even from what I just shared with you did anything resonate? What are you doing or thinking about when it comes to life enjoyment? And your money? How are you finding that balance? I would love to know, I'm at journey to launch on Instagram, Twitter, and Facebook. You can tag me I always love seeing when you're listening and putting on your stories or on your main feed. Really, it makes my day because oftentimes again, I always say like I'm talking to myself in this microphone. Anyone out there? And when I see that you're out there, it's like yes. All right to me, let's keep going. So thanks for always sharing the podcast sharing with your family and friends, especially if something resonated with you. I'd love to see it. Also don't forget you can go to journey to launch comm join my email list. That's where you can really stay up to date with the latest going on. You can go to journey to launch comm slash join that should allow you to hop on my email list and then keep in touch

don't forget you can get the episode show notes for this episode by going to journey to launch.com or click the description of wherever you're listening to this and you can still grab your jumpstart guide for free to help you on your journey to financial freedom by going to journey to launch comm slash Jumpstart. If you want to support me and the podcast and love the free content and information that you get here, here are four ways that you can support me in the show. One, make sure you're subscribed to the podcast wherever you listen, whether that's Apple podcasts, that purple app on your phone, your Android device, YouTube, Spotify, wherever it is that you happen to listen, just subscribe so you are not missing an episode. And if you're happening to listen to this in Apple podcasts, rate review and subscribe there. I appreciate and read every single review number to follow me on my social media accounts. I'm at journey to launch on Facebook, Instagram and Twitter. And I love love love interacting with journeyers. They're three support and check out the sponsors of this show. If you hear something that interests you, sponsors are the main ways we keep the podcast lights on here. So show them some love for supporting your girl for and last but not least, share this episode this podcast with a friend or family member or co worker so that we can spread the message of Journey to launch. Alright, that's it until next week, keep on journeying journeyers

Scroll back to top

Enter your name and email address below and I'll send you periodic updates about the podcast.

In this solo episode, I share my thoughts on Bill Perkin’s new book, Die With Zero: Getting All You Can From Your Money and Your Life, and how my own financial independence journey has changed and evolved in the last several years.

Since I began the Journey To Launch podcast and left my corporate job to pursue full time entrepreneurship, my philosophy on Financial Independence has shifted. Now, instead of saving and investing to just save and invest, I look at it through the lens of, “How can I maximize my life and live it to the fullest, while also passing down wealth?”

In this episode I discuss:

Other related blog posts/links mentioned in this episode: 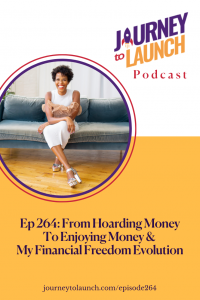 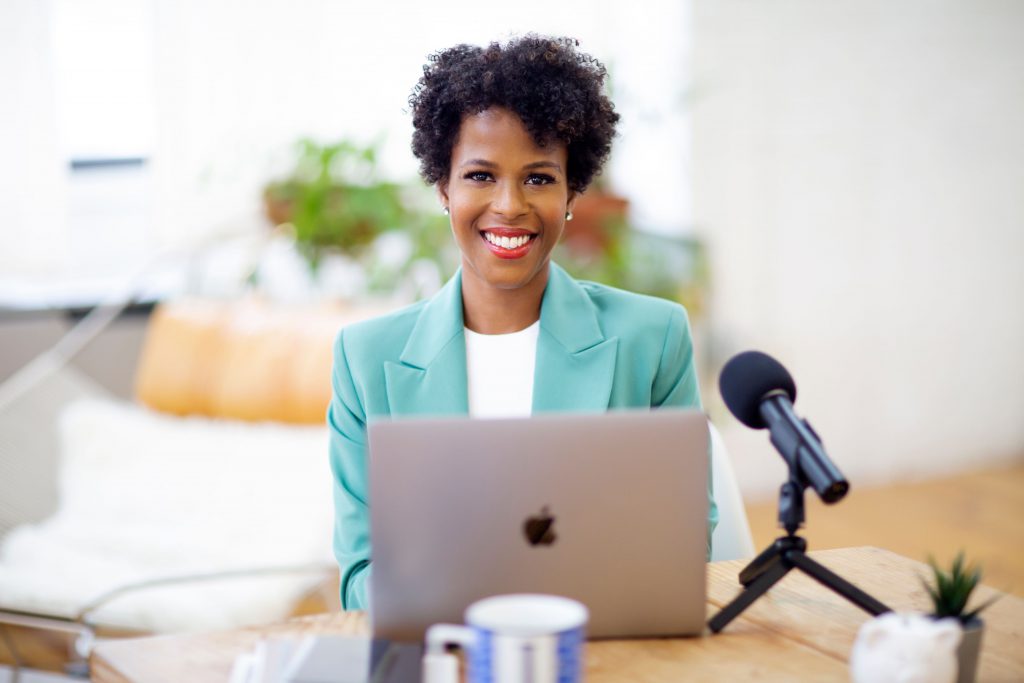 I want to teach you what I’ve learned through a little trial and error and a lot of discipline over the years. My goal is to help you eliminate debt, save more money and increase your net worth.

Learn how to supplement your daily, weekly or monthly income with trading so that you can live your best life!

You Need a budget

This budget app allows you to create a monthly budget and track your spending. Try it free for 34 days.

Easily calculate your net-worth and get retirement planning calculators.

Get a custom student loan payoff plan by clicking here.

Spend less time on accounting and more time doing the work you love. Click here to check it out.

This is the planner that has gotten me organized and allows me to optimize my time so that I am highly productive. 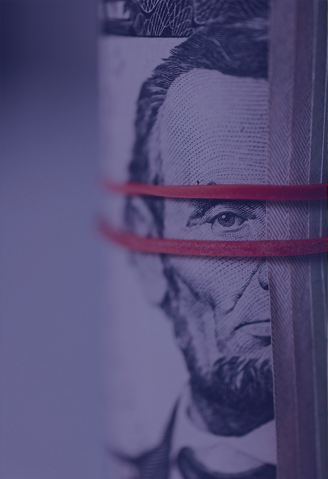 If you loved this, you may love these articles on Making Money / Mindset / My Journey

Click here to go back to the podcast
Career, Mindset

Episode 306- From Undocumented Immigrant To National Reporter: How To Own Your Power + Get What You Want w/ Daniela Pierre

Episode 301- From Celebrity Dog Walker To Celebrated Author: Following Your Dreams & Making Money As A Writer With Linda Sivertsen

Episode 300- Finishing What Matters Most: How To Make The Most Out Of Your Time And Attention With Productivity Expert Charlie Gilkey